In short: Rotaship is a transportation service for Rotarians’ humanitarian efforts.

ROTASHIP: a transportation service established by Rotarians for Rotarians. It is a project of District 7255.

OUR MISSION: to provide domestic and international shipping and logistical support to Rotarians for humanitarian efforts.

OUR GOAL: to facilitate and economize all shipping needs by partnering with service providers, esp. those affiliated with Rotary International.

OUR PROTOCOL: Rotaship is provided solely to Rotary Clubs and Districts worldwide, and requires at least two Rotary entities:

SHIPPER: a Rotary Club or District designated to initiate, supervise, and underwrite the cost and shipment of donated goods, based on clearly stated goals,

CONSIGNEE: a Rotary club or District designated to assume all responsibilities to receive (including dealing with Customs matters, customs fees, and port fees, when applicable), and to assure the best and most equitable distribution in line with the stated goals.

OUR PLEDGE: Rotaship is committed to ensuring all donations and services are accounted for, and accredited, accordingly.

Rotaship was established in late 1990s by District 7255 (formerly 7250) and the Rotary Club of JFK International Airport to ship goods to countries devastated by a hurricane. The District Governor at that time had made this a District project and had requested JFK to assist. After rendering assistance, it was then when JFK Rotary Club members Rudy Auslander and Dennis Klainberg decided there was a need for a program to help Rotary Clubs worldwide.

We use the expertise of Rotarians engaged in the shipping business as well as contacts that are involved in the transportation (airports and seaports) business. We also rely on contacts that are able to negotiate special rates for shipping and handling. These contacts have been very helpful in assisting us with various projects.

We receive numerous calls and emails from Rotary Clubs all over the world asking for information on shipping goods. Under Rotaship, we constantly shop for the best rates we can find.

The goal is for us to develop a network of Airport and Seaport based Rotary Clubs and a resource list of Rotarians who are engaged in the shipping industry to become part of a network for logistics support for our Rotary Clubs worldwide.

If you are interested in becoming one of our contacts, or if you need assistance from us, please contact us.

Rotaship Rotaship was established in 1998-99 by District 7255 (formerly 7250) and the Rotary Club of JFK International Airport to ship goods to Honduras and Nicaragua as a result of Hurricane Mitch which had devastated the areas. Eileen Gentilcore, then the District Governor at that time, had made this a District project and had requested JFK to assist.

Operation Mitch (as it was called) was the proving grounds by which Rudy Auslander and Dennis Klainberg of the JFK Rotary Club decided there was a need for a program to help Rotary Clubs worldwide to ship relief supplies, medical, education, and other types of goods to Rotary Clubs throughout the world.

Rotaship was founded on the principle of shipping from a Rotary Club to a Rotary Club anywhere there is a Rotary Club or at points of entry where local Rotary Clubs can monitor the receipt of shipments directly. In many regions of the world, it is known that only 50% to 60% of shipments of relief goods reach the intended users. One reason is the high rate of pilferage at these ports and local relief agencies working in consort with third parties in the pilfering of these shipments.

We use the expertise of Rotarians engaged in the shipping business and/or contacts Rotarians have of people and companies engaged in the transportation business. At JFK, Rotarians use their contacts to negotiate special rates and handling. For example, a recent shipment of computers by air to Uganda resulted in a 50% savings on air freight. Through our contacts with the airlines, we were able to negotiate a special rate. Freight Forwarders such as Berklay Air Freight provide the expertise in preparing the export documents, providing warehousing and liaison with steamship companies at no cost.

In addition, we have established contacts with many Rotarians engaged in the shipping industry throughout the world and at many airports and seaports which we draw on from time to time. These contacts have been very helpful in assisting Rotaship. Some of the projects that we have worked on have been shipments of medical supplies, books, and relief supplies to the Philippines, Argentina, India, Iraq, Israel, Uruguay, Turkey (earthquake relief supplies), and Jordan.

We receive numerous calls and emails from Rotary Clubs throughout the world asking for information on shipping goods. There are a number of ways that funding to pay for these shipments can be obtained. Eileen Gentilcore has been very helpful to obtain grants through the Rotary Foundation. Other sources are through direct contributions to pay for shipping or for clubs sponsoring these programs to pay these shipping costs. Under Rotaship we constantly shop for the best rates we can find. Unlike going to a freight forwarder who would charge you the applicable published rates.

An example of one of our projects: We shipped relief supplies to the Cayman Islands and facilitated the process of shipping a 40-foot sea container of relief supplies to Haiti. This was with the help of Eddie Marc-Charles of the South East Queens Club who was in Haiti and was on hand for the arrival of these relief supplies in Haiti.

In conclusion, the goal is for us to develop a network of Airport and Seaport based Rotary Clubs, and a resource list of Rotarians who are engaged in the shipping industry to become part of a network for logistics support for our Rotary Clubs worldwide.

If you are interested in becoming one of our contacts, or if you need assistance from us, please contact us.

We are located at John F. Kennedy (JFK) International Airport in Jamaica, New York, the “Gateway to America”. As Rotary District 7255, we are also known as the “Rotary Gateway to America”. Our office is located in the west wing of Building 14, one of the most advanced cargo facilities at JFK. It also houses the Port Authority of NY&NJ Administrative offices (the organization that operates JFK Airport). Our location affords us access to the major logistics and shipping companies (air, sea, and land) that service the region. Google Map

The following are some of the projects that were handled by Rotaship since 1998.

♦ Honduras — Provided relief goods to the victims of Hurricane Mitch.
♦ Tanzania — Shipped computers to doctors conducting research and pro bono work for people in need.
♦ Kenya — Donated computers to an orphanage.
♦ India — Medical equipment shipped and delivered to a foundation.
♦ Turkey — Relief goods sent to victims of massive earthquakes.
♦ Sierra Leone — Legal books and important tomes sent to a library recovering from a civil war.
♦ Nashville, Tennessee — Contributed computers and books to fight illiteracy.
♦ Iraq — Covered the costs of storing dental items and furniture to be shipped sometime in the near future.
♦ Iraq — Helped shipped sunblocks for American soldiers in Iraq.
♦ Haiti —  Shipped relief goods via air freight during Haiti’s constitutional conflict.
♦ Uganda — Contributed a steep discount for a shipment of computers via air.
♦ …and more, too many to list.

HONDURAS, “Operation Mitch”. In an effort to provide relief goods after Hurricane Mitch, the JFK Airport Rotary Club helped coordinate the logistics and shipment to Honduras for Rotarians and non-Rotarians alike. The most important lesson learned was working witha Rotary Club at the destination (in this case, San Pedro Sula Rotary) to ensure that the goods were cleared through customs and delivered without any delays or problems. Moreover, pictures and movies were taken, and letters of thanks helped document that their efforts were a complete success and re-doable in future situations.

TANZANIA. The JFK Airport Rotary Club was approached by Harvard University to assist with the shipment of computers to doctors conducting research and pro bono work for people in need. The JFK club worked directly with the MOSHI Tanzania club to ensure easy clearance and delivery to the doctors.

INDIA. With the assistance of the Calcutta Rotary Club, medical equipment worth over $20,000 was shipped for only $1,500 via air freight and delivered to Mother Teresa’s Charitable Foundation.

TURKEY. Spearheaded by the Rotaract Club of the UN, joined by dozens of clubs in Dist. 7250, 7230, and other districts, a container filled with relief goods valued at over $50,000 and shipped for $2,000, were sent to Istanbul after massive earthquakes rocked Turkey.

SIERRA LEONE. As the civil war was finally ended, the drive for democracy caused several major law firms in New York, and some other groups, to amass legal books and important tomes, for a library in Freetown. The JFK Airport Rotary Club coordinated the shipment of a pallet with over $50,000 worth of books for shipment at a cost of only $3,000 via air freight.

IRAQ. Great Neck Rotary Club is warehoused dental items and furniture to ship sometime in the near future. JFK Airport Rotary Club donated moving and storage services valued at over $2,000.

IRAQ, “Operation Sunblock”. North Shore Rotary, our district’s newest club, has amassed over $4,000 worth of sunblock for our nation’s soldiers in Iraq. JFK Airport Rotary Club donated shipping services valued at $800 for shipping to an on-forwarding location in Florida.

HAITI. With the Delmas Airport Rotary Club in Haiti, District 7250 shipped relief goods valued at over $1,000 for only $300 by air freight during the constitutional conflict.

UGANDA. A shipment of computers via air with 50% savings on air freight using our contacts with airlines to negotiate this special rate.

We are looking for any Rotarians worldwide engaged in the air/sea/land transportation industry to contact us to become part of this worldwide logistic project of Rotary. Contact us if you are interested in getting involved with us.

A family owned and operated company since 1965, Berklay handles all general cargo needs and specializes in shipping motorcycles, cars, exhibitions, and trade shows.

The company is dedicated to the entertainment industry (music/TV/film) and is a proud, long-time member of JFK Rotary Club and JFK Chamber of Commerce. 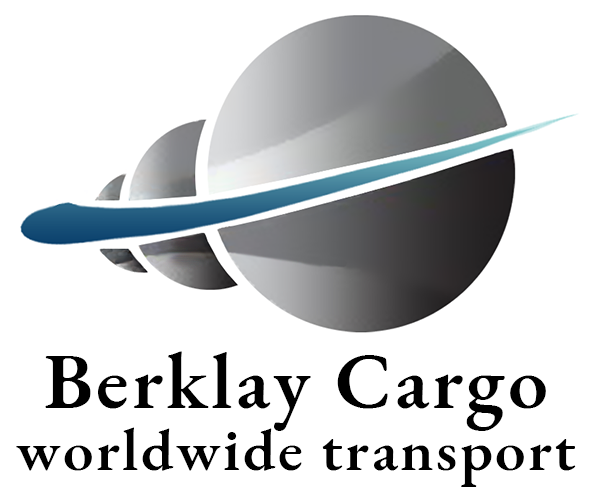 Your contact form submissions will go to Dennis Klainberg. Fields marked with * are required.